A BRIEF HISTORY OF THE KING’S LYNN TO HUNSTANTON RAILWAY

When Henry Le Strange began to plan the development of Hunstanton as a seaside resort in the 1840s, he decided it was essential to have a rail connection.

The railway network had reached King’s Lynn in 1846 — but this was still 16 miles away.   He persuaded a number of investors to join him in raising funds for a line to Hunstanton and sold a large part of his own farmland in order to underwrite the scheme.   In 1861, the Lynn and Hunstanton Railway business was incorporated.

With funds of £60,000 and the services of the experienced engineer John Sutherland Valentine (who worked on many of the railways in the region as well as the design of King’s Lynn docks), the new line only took 10 months to construct and was opened in September 1862.   The eventual cost was £80,000.   Sadly, Le Strange had died a few months earlier and never saw the project completed.

Even though Hunstanton only had a population of around 500 at this time, the line was immediately successful and profitable and investors received dividends of 6% by 1865.   It may have gained some kudos from its royal associations, as Sandringham had been purchased for the Prince of Wales (later Edward VII) in 1862.   A smart new station was constructed at Wolferton to service the royal visits.   There were also stations at Wootton, Dersingham, Snettisham and Heacham.

With the success of the line, an additional new railway was opened by the West Norfolk Railway company in 1866 running between Heacham and Wells (with stations at Sedgeford, Docking, Stanhoe, Burnham Market and Holkham).   However, this second enterprise was immediately hampered by the banking collapse of Overend and Gurney in that same year, and ran into financial difficulties.   A decision was taken to amalgamate it with the Lynn and Hunstanton Railway to form the Hunstanton and West Norfolk Railway in 1874.   A few years later, in 1890, this company was in turn purchased by the Great Eastern Railway for £160,000.

The King’s Lynn to Hunstanton line continued to prosper as Hunstanton grew as a holiday resort.   The growing popularity of golf played a part — and by 1905 it was possible to board a Sunday restaurant car express from London aimed specifically at day-trip golfers.   Excursions became popular and by 1937, Hunstanton station had four platforms that were all lengthened to assist passenger handling.   In the years after the second world war, peak holiday periods required the operation of a one-way system on the line — with incoming trains generally in the morning and outgoing trains in the afternoon and evenings.   Heacham also grew as a holiday destination.

However, in 1948, the railways were nationalized and by the early 1960s, the government was concerned about the losses that many rural lines were making, partly due to the growth in private car ownership.   Dr Richard Beeching was appointed to prepare a detailed report and to make recommendations on how to return the industry to profit.   Infamously, this resulted in the closure of many local branch lines.   The West Norfolk line between Heacham and Wells had never been financially successful and a regular passenger service had ceased in 1952.   The line was closed completely in 1964.

However, the Hunstanton had remained profitable and Dr Beeching never recommended its closure.   The eventual demise of the line seems to have resulted from poor decisions and mismanagement by the nationalised British Rail.

In 1959, British Railways actively undermined the holidaymaker traffic that was the lifeblood of the King’s Lynn–Hunstanton line by stopping direct services from London.   This ‘stole’ 80% of its revenue overnight.   By the mid-1960s, the line was allegedly losing £40,000 a year and further ‘cost saving’ changes were made, including the introduction of unstaffed stations, the removal of sidings and storage facilities and in March 1967, the removal of one of the lines.   The service had now been reduced to an infrequent shuttle service from Lynn using old diesel rolling stock.   With little value to local commuters and scant appeal to holidaymakers, the line’s days were numbered.   The final insult was to choose 3rd May 1969 as the closure date, right at the start of the holiday season.   It was alleged that the contracts to lift the track had already been let so as to prevent local groups from making a case to run the line as a private concern. 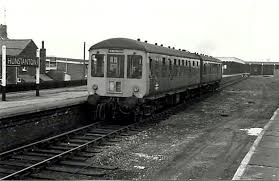 The last train ran at 9.05pm on Saturday 3rd May from King’s Lynn, and was packed with around 250 passengers, a similar number waiting at Hunstanton to mark the occasion.

THE LOST IMPORTANCE OF RAIL FREIGHT 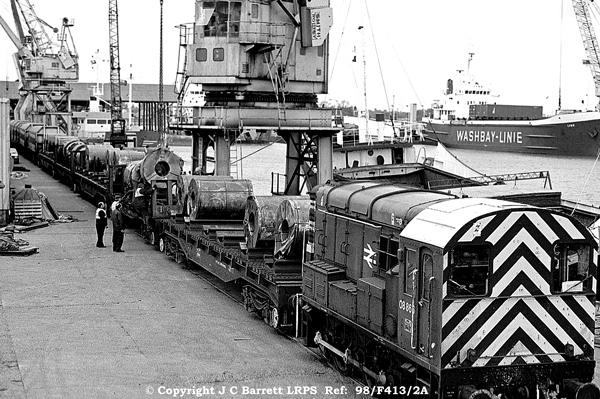 The transport of freight was a key role of the original Victorian railway system and greatly influential in determining early route planning.   Although the internal combustion engine was invented in the 1860s, roads and road transport didn’t really become important for freight transport until midway through the 20th century.   Railways provided the principal means of moving raw materials, manufactured goods, farm produce and even parcels and post.

The railway to King’s Lynn first opened in 1846 — but an important spur was added in 1849 allowing direct rail access to the riverside at Boal Quay and South Quay as well as new industry in South Lynn (the Muckworks, Gas Works, coal sidings and a possible brick kiln at what is now Harding’s Pits).

The 1930 ordnance survey map for South Lynn not only shows South Lynn station with extensive freight sidings, but all the key industrial sites, the Muckworks, Cooper Roller Bearings and the sugar beet factory, all with their own works branch lines.

The following photographs show that the King’s Lynn dock railhead remained important for heavy freight movement right up to the 1990s.   The black and white photographs show steel coils from Germany beginning the last leg of their journey to the West Midlands in the 1980s, whilst the colour photograph shows the level crossing at John Kennedy Road being closed behind the last train to the docks in 1993. 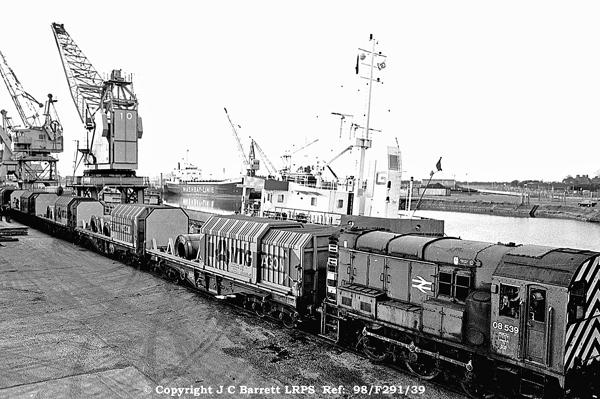 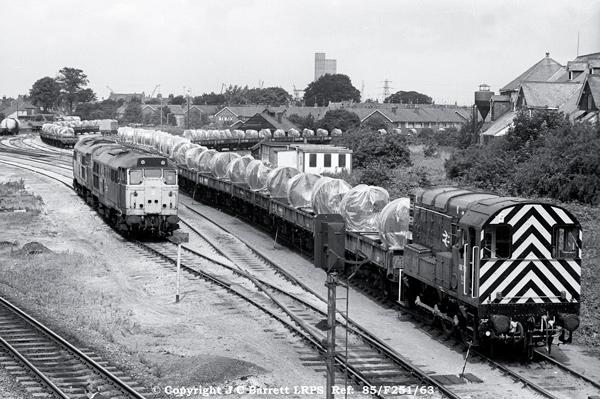 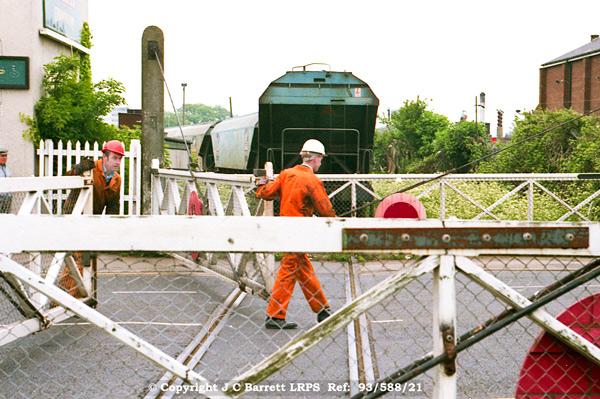 Today road transport is one of the main contributors to greenhouse gas emissions — contributing 1/5 of total UK emissions.   Moreover, it contributes a range of other dangerous air pollution which is a particular problem in urban areas.   The size of modern HGVs also has implications for road safety, road design and road maintenance in both rural and urban situations.

Depending on the preferred route, re-connecting the railway to Kings Lynn docks could be another potential benefit of a reopened line to Hunstanton.   Creating the opportunity for more freight to again be transported by rail could have significant economic and environmental benefits for West Norfolk and the UK as the government try to meet their commitment to a carbon zero economy by 2050. 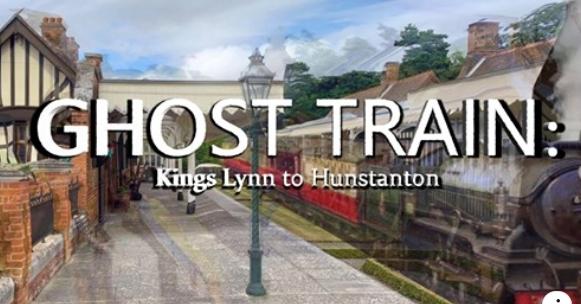